In March of 2019 we sold our family business Watson Inc. to an Irish food company Glanbia PLC. Watson is a nutritional food ingredients company in West haven CT with 330 employees, 100 million in sales and about 10 million in profits. We sold Watson for $89 million. Glanbia has kept the facilities and all of our people. Glanbia is investing heavily in growth and new business at the company.

I mention the above not because it is particularly relevant but just to establish that I have valid experience and I know what I am talking about when it comes to running a business.

I have always been most interested in two things. Saving energy and developing people.

In my high school years, I experimented with solar energy. While in college in the late 70’s. I built an experimental three-wheel energy efficient vehicle. Later on, after college, I converted a Porsche 914 into an electric vehicle. Over the years I have converted three diesel cars to run on vegetable oil, so they would be carbon neutral and have a zero-carbon footprint.

In college I studied psychology and religious studies. I am still driven to understand and share what I discover about, what motivates us, and what humans find is a meaningful higher purpose.

In this blog I want to tell you about our experience becoming more sustainable in terms of electrical usage at Watson Inc. We had been conscious of our effect on the environment for a long time. I was purchasing 100% renewable electricity starting in 2010. In 2015 we really started to put a lot of effort into sustainability.

One of the things I am most proud of is our reduction in electrical energy consumption. We were already buying 100% wind energy for our electrical needs but I wanted to use as little of that as we could so that more energy would be available for other things. I reasoned that if more people were to start driving electric cars, as I was doing, that was going to put an additional load on the electricity supply so we needed to free up as much as possible.

By 2019 we had succeeded in reducing our electric consumption by 25% while growing the company 20%.

Typically, most companies would hire a consultant to come in and survey our operations and give us a list of the things we should do. This would have been easy but not optimal in my view. Instead we hired a consulting team (Leanovations) to come in and show us how to do an energy survey and how to quantify it ourselves.

I asked everyone in the company to let me know if they were interested in participating in this. Seven people volunteered. Most volunteers were from the maintenance department, which you would expect, but there were also people from the analytical lab who were passionate about energy saving.

There are two benefits to doing it this way. The first is that people are learning something valuable and they are actively involved in something they care about. This naturally leads to higher engagement. The second benefit is that we now have the skills in house and enthusiastic people paying attention to this so this knowledge can be applied continually.

We ran this as a kaizen event. We went to the “Gemba” where the energy is used and quantified it. Teams learned how to read the information on motors and other equipment. We measured the amount of power it was drawing, and how many hours it was on. We pulled this information together and made easily understandable charts so people could see where the energy was being used. We explored what could be done differently. We came up with ideas. We applied to the electric utility for funding and received over 50% funding (about $800,000) for what we did. The payback on our investment was about 3 years.

This is what we physically did;

Our old air compressor system would run continuously and load and unload as the air pressure cycled up and down in the building from 110 to 120 psi.

We upgraded our air compressor to a new VFD drive compressor that would speed up or slow down as needed keeping the air pressure constant. We also added 2,000 gallons of additional compressed air storage to the 2,500 gallons we already had.

We upgraded the compressed air piping from 3” to 6” piping. This gave us more uniform air pressure at the far end of the plant. Previously we ran the compressor at 110 psi to get 90 psi at the furthest machine at the other side of the facility. With the 6-inch piping there is virtually no pressure drop from the beginning to the end of the line. The new compressor now runs at 94psi only. For every 2psi of pressure reduction an air compressor uses 1% less energy. Since the compressor runs 24/6 days a week this really adds up. We are using 10% less energy on our compressor which is 25% of our building energy usage so that amounts to 2.5% reduction in facility electricity usage over all.

In West Haven we had 14 dust collectors some had blowers on them of 10 HP and some of them up to 50HP, depending on the size of the unit. The average was about 20 horse power. In addition, these dust collectors also used compressed air to pulse clean the filters.

We replaced these dust collectors with much smaller units that are situated right next to where the dust is being generated. These new units have 5HP motors and they are cleaned with compressed air only when the operator pushes a button on the unit. These smaller units actually process about 20% more air flow than the larger units did but they use much less energy. They are able to do this because we do not have the efficiency losses of long sections of ductwork. (We no longer have long sections of ductwork that need to be disassembled and cleaned either. There is just a short piece of flex hose.)

A more dramatic energy savings was achieved because the new dust collectors return the air to the room. The old dust collection units exhausted the air outside the building above the roof where the old exhaust blowers were located. Because the air is no longer being exhausted outside, the air conditioners no longer have to cool down the make-up air. The old dust collectors exhausted the entire volume of air in the room every 30 minutes. This meant that the air conditioners had to cool the entire volume of air in the room from whatever the outside temperature was to the required room temperature two times an hour. (This was sort of like driving around in your car with the AC on and the windows down.)

Since the new units return the air to the room, so the AC units no longer need to work as hard.

The same dust collection reconfiguration was done in Orange and in Taylorville.

We replaced all 33 of the HVAC units with newer more efficient units with economizers on them.

We replaced older inefficient motors with more efficient ones.

We use steam for many of our processes. We have done several steam trap surveys and fixed and replaced traps that were not operating properly. We also reconfigured our steam piping to make it more efficient.

This is how our energy usage declined. There is some variability due to weather inconsistencies but you can see the trend.

Just to put this in perspective according to the U.S. Energy Information Administration, the average US family uses 900 KWH per month. We reduced our energy usage by about 100,000 KWH per month or about as much as 110 U.S. households.

We did this while at the same time growing the company from $80 million to $100 million in sales.

For me personally I enjoyed combining energy efficiency with collaborative learning. Learning every day is essential for long-term engagement, and long-term company success.

A sustainability project like this and developing a conscious company culture are both things that are never done. There is always more to do. 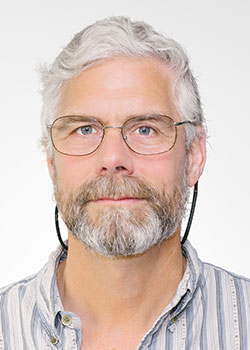