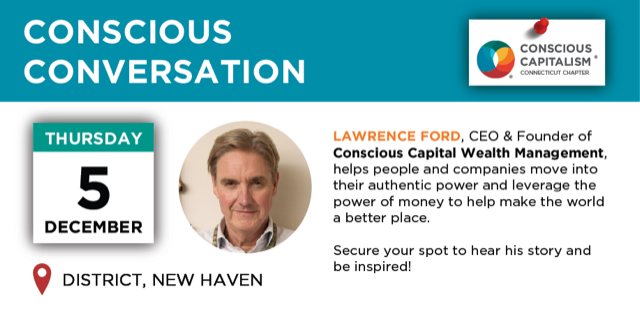 Mr. Ford was dubbed the “Shaman of Wall Street” by the Washington Post and The Economist Magazine referred to Lawrence as a “man of two worlds”. NPR named him “The Finance Guru” and the Retirement Income Journal recently dubbed him as “The Spiritual Advisor”. He has dedicated much of his life to being a bridge between the modern world of business and the ancient world of wisdom.

WELL BEING FOR PEOPLE + PLANET

He is leading a revolution through education, writing, speaking, building access/platforms strategies and products, and through collaborating with some of the world’s best thought and action leaders including the United Nations and the Sustainable Development Goals (SDG’s), Founder of Future Capital in partnership with the United Nations and its global convening summit at the UN in 2019, and 2017 Nobel Peace Prize representative for private commerce and capital through the Nobel Peace Prize Forum as well as his recent work with the Club of Rome and The World Academy of Arts and Sciences working on a project for a new paradigm for our civilization.